Graduated in Electrical Engineering from the Budapest University of Technology and continued his studies at the Harvard University Executive Management Program.

Until 1981, he worked at the EötvösLoránd Geophysical Institute of Hungary as a scientific associate and then as a head of department. His first company, Műszertechnika, was launched in 1981. Today, the Műszertechnika Group consists of more than 20 companies, with a main profile in industrial production and financial services, and the management of its significant real estate portfolio. Videoton’s deep decline in the 1990s was halted by the privatisation of the company in 1991, led by Gábor Széles. As CEO of Videoton, he successfully restructured the largest company in the Hungarian electronics industry and forged new partnerships with major multinationals. Since September 1996 he has been Chairman of Ikarus.

He was President of the National Association of Hungarian Industrialists, founded in 1990, until 1998, when he became Co-President of the National Association of Employers and Industrialists, following the merger of the Hungarian Employers’ Association and the MGYOSZ, and then President, and Honorary President since 2008. The primary objective of MGYOSZ is to represent the interests of private enterprises, to promote their effective involvement and to ensure their intensive participation in the transition to a market economy.

In 2005, he founded a television company under the name ECHO Hungária. In 2006, he launched Hungary’s first lifestyle channel, VITAL TV. In 2006, his media company was expanded to include Magyar Hírlap.

In 2008, he received the ‘Pestisrác’ award from the World Federation of Hungarians of ’56. In 2009, the Federation of Independent Journalists awarded him the ‘Gold’ degree of the ‘National Journalism Award’ for his dedicated work in the field of national journalism. In 2013, in recognition of his multifaceted work and public activities in the creation of a knowledge-based national economy, he was awarded the “Medium Cross of the Hungarian Order of Merit with the Star’. In 2014, he was awarded the ‘MMA Gold Medal’ for his exceptional achievements in corporate management and economic strategy for his support of national media, public and community activities. 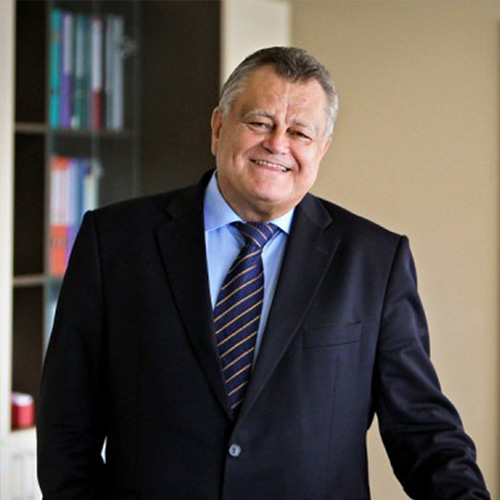 President
Member of the Board of Directors

Műszertechnika-Holding Zrt. is a Hungarian-owned group of companies active in the automotive industry, manufacturing companies and office building management and leasing.